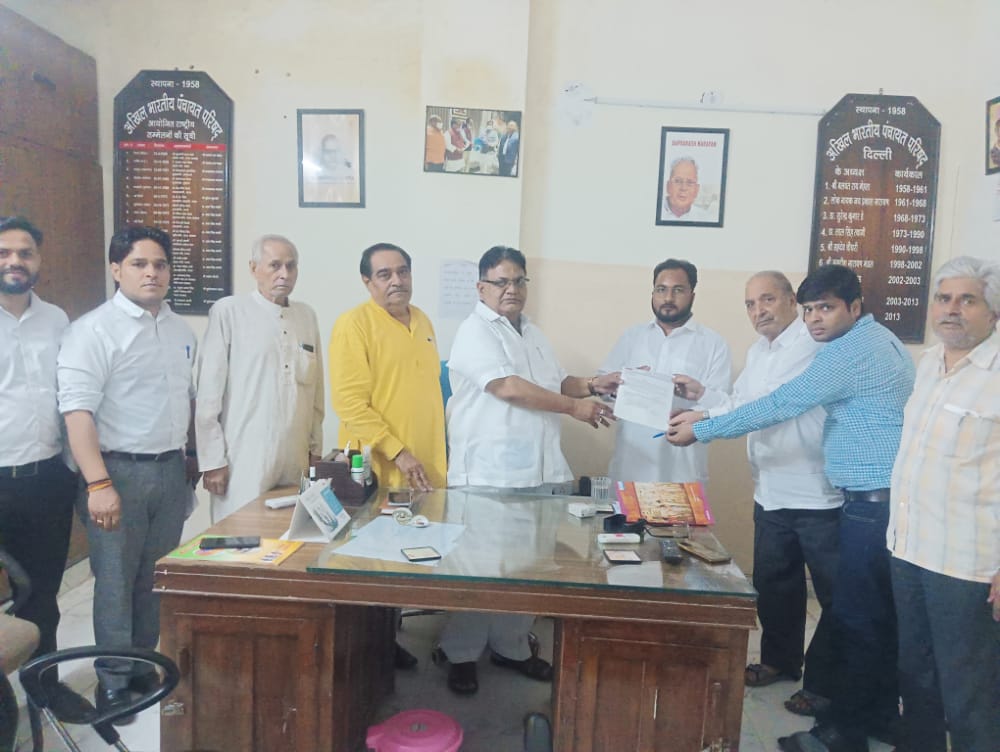 All India Panchayat Parishad, the country’s leading organization in the field of development and awareness of Panchayats, remains in the discussion about its new ideas every day. Recently, the construction of the unique National Panchayat Vatika in the campus had made a lot of headlines in the national media.

In a statement issued here, All India Panchayat Parishad appointed Brajesh Thakur on the post of National Secretary by convening a special session, on this occasion General Secretary Dhyan Pal Singh Jadaun, Office Secretary Diwakar Dubey, Ramkant Shukla and all the employees and office bearers came from every corner of the country. Be involved.

Also Read :  Good news for crores of railway passengers, now tickets are not needed for traveling in the train! Know Details - jkbreakingnews.net

Acting President Dr. Ashok Chauhan administered the oath of office and secrecy while giving appointment letter to Brijesh Thakur. On this occasion, Dr. Chouhan said that Brijesh is the youngest National Secretary of All India Panchayat Parishad. In the coming time, we will work to connect many youths with the Panchayat Parishad. Today’s youth will write a new story of tomorrow’s development. Brijesh Thakur ji is a resident of Kashganj, he is recognized as a person who cooperates for the marriage and health of the poor.

It is noteworthy that the Akhil Bharatiya Panchayat Parishad was founded in 1958 by Loknayak Jayaprakash Narayan and Balwant Rai Mehta. The council has been working continuously since then for its suggestions and awareness campaigns for the development of the villages.

Also Read :  7th Pay Commission: Know when and how much dearness allowance will be received? Latest Update on DA Hike

Badri Nath, a famous strategist who has worked in important election campaigns of the country, is currently working on the strategy of its campaigns. His National Panchayat Vatika Nirman Abhiyan has been very much discussed, soil is being brought from every state of the country for its construction, and state trees of every state will be planted inside the map of India.

Panchayat Vatika is being constructed under the supervision of Give Me Trees Trust led by Peepal Baba and in collaboration with Yamaha Motor India. BJP leader and well-known journalist RK Sinha (Patron Akhil Bharatiya Panchayat Parishad) and former Union Minister Subodhkant Sahai (current President of All India Panchayat Parishad) are making important contributions for the development of panchayats outside the party spirit here.

Now Driving License Will Be Made Without Driving Test, And No Need To Visit RTO…

Good news for crores of railway passengers, now tickets are not needed for traveling…

Apply for fresh JKSSB Vacancies under Adv No 5 of 2022, Link Activated