Govt Takes Big Decision Regarding Board Exams In Jammu and Kashmir

March Session In Kashmir is Confirmed, Exams in March 2023 Now

As per the government decision, the annual-2022 board exams for classes 10th to 12th would be held in March 2023 instead of November-December 2022.

March Session In Kashmir: The J&K government Saturday announced that it had decided to shift the academic session and would hold annual examinations in March.

Talking to Greater Kashmir, Principal Secretary School Education Department (SED) Alok Kumar confirmed that it had been decided that the session would be shifted from November to March.

Also Read :  MeT Fresh Weather Forecast For Next 24 Hours In Jammu and Kashmir

He said that things had been finalised and the final order would be issued within days.

“We have decided it but it will take us some time to issue a formal order,” he said.

As per the government decision, the annual-2022 board exams for classes 10th to 12th would be held in March 2023 instead of November-December 2022. 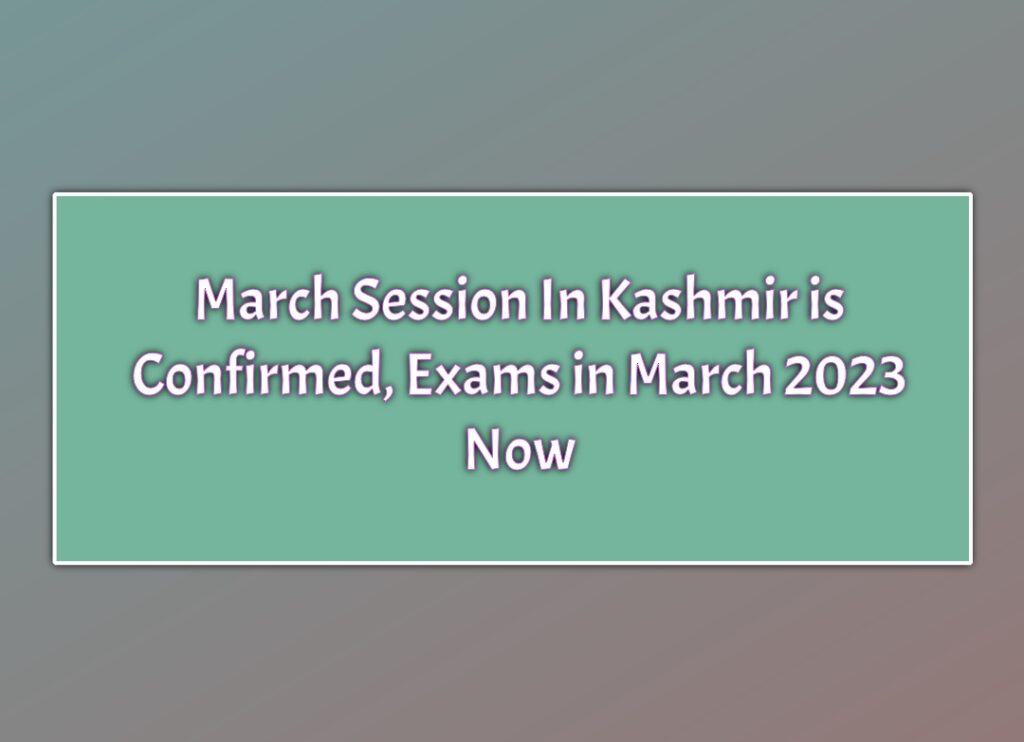 Chief Secretary Arun Kumar Mehta in April this year said that J&K would fully implement the National Education Policy (NEP-2020) from the current academic session and also move to a uniform academic calendar which in turn would be synchronised to the national academic calendar.

The Higher Education Department (HED) already shifted the academic session to July from the current year in line with the National Academic Calendar.

A high-level committee constituted by the government was tasked to suggest the ways and means on how to go about it.

The committee suggested the operational mechanism for shifting the academic session to March from the current session.

Meanwhile, an official said there were issues related to the snow-bound areas.

“However, the department has worked out a plan to smoothly implement the March session in snow-bound areas,” he said.

About the conduct of exams for lower classes, he said that the department would announce it at the right time.

About the transfers ordered under Annual Transfer Drive (ATD), he said the issue needs to be understood properly. “Since the day I joined the department, I have heard so many grievances. I have heard arguments from both sides, for some people ATD is good while others oppose it,” he said. GK