Jammu and Kashmir is likely to head into its first Assembly elections this year since becoming a Union Territory in 2019 and the Centre has been taking feedback from the state administration and local leaders to ensure smooth conduct of the polls.

BJP sources told News18 that Union Home Minister Amit Shah has held a round of meetings with the administrative wing and sought feedback on how soon the elections can be held.

A senior BJP leader told News18 the J&K elections could be conducted in September-October as the weather would be conducive during that period. Another senior leader said the polls could be held in April, as the weather in Jammu becomes too hot after May and too cold in Kashmir during winter. BJP National General Secretary Tarun Chugh earlier suggested May for the same. 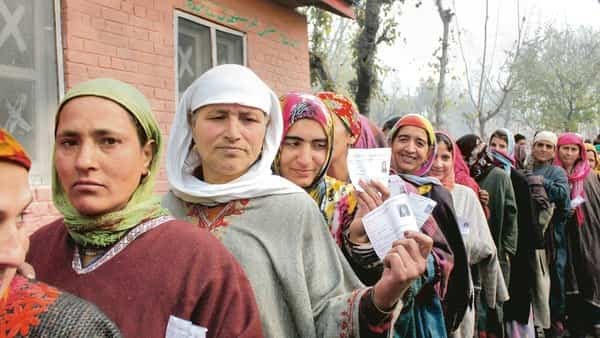 News18 quoted the second BJP leader as saying the administration looked “unwilling” to undertake the exercise, but the ground situation was favorable for polls to be held.They also said the BJP was preparing for the election for the past two years.Reportedly, PM Narendra Modi, BJP National President JP Nadda, and Shah are all set to visit J&K over the next three months.

Suitable time as paramilitary forces can be diverted for polls

Many said the most suitable time for conducting the polls is in April or September-October because the Union government would be able to spare paramilitary forces for free and fair polls. Although there are no talks on restoring the statehood of Jammu and Kashmir yet, however said some BJP leaders believe it might be restored once a democratically elected government maintains peace there.

Good News for the customers of these Banks, Finance Minister issued a Big statement…